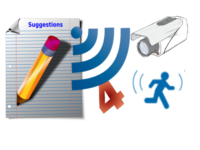 If the requirement is to record video 24/7, then perhaps an NVR should be used since storage on the cloud could be very expensive. It does not make sense to monitor the main entrance of the house 24/7 and store it on the cloud. It is a boring video with no added value. Additionally, it will take much longer to find an event, especially if the approximate time the event occurred is not known.

A home security camera with motion detection and alerting can help alleviate some concerns with storage and false alerts.

What is motion detection

Motion detection is the capability of a security camera to start recording automatically as soon as motion is detected. The following are some motion sensors that exist today:

Security cameras use one of the first two motion detection technologies, PIR and CV

A PIR sensor monitors the ambient (surrounding) heat released by all living beings, and when significant temperature differential between the object and the background is detected, the camera starts recording and sends an alert.

CV analyses sequential live video frames and detects a motion event when there is a big enough change in the two frames. One of the easiest ways, is to look for a significant change in pixels over short periods of time. For example, a group of black pixels that was at this location during frame 1 moved to this location on frame 2.

Each detection method has its pros and cons and here is a quick overview, and by all means not comprehensive

PIR is a more reliable detection method since it detects body heat. Therefore, moving objects such as curtains will not trigger recording or an alert, where the CV method will.

PIR cameras, since they are on standby mode, it takes them few seconds to wake up and most likely critical details might be missed. CV cameras though are always on alert.

CV cameras allow much more scene analysis such as face recognition, but that depends on the software application used. These applications, depending on features, could cost a fortune.

Both cameras allow fine-tuning the motion detection areas, but CV, since it is software-based, offers more fine-tuning options.

Why use motion detection

Most of the newer WiFi surveillance cameras come with motion detection capabilities, but not all of them do. If motion detection is needed, it should be listed on the features list of the camera along with any other required features.

The main purpose of using a motion detection camera, is to alert the owner of the presence of an intruder, or an activity that is potentially worth of knowing about. In the simplest form, the alert will be sent to a smart personal device and using the camera’s app access the recorded relevant video and watch what triggered the alert.

You can use motion detection to save space on the storage device or the cloud storage. The camera will record whenever motion is detected. It should be pointed out that the video recorded will only show what happened from the moment the camera was triggered, and not what led to it.

The alert zones are a very nice feature for security cameras that will be used outdoors since they can minimize false alerts caused by the wind, or cars and people passing by.
The size of the alert zone is easily adjustable allowing fine-tuning and reduction of false alerts.

Scheduled recording features of a camera can be used in conjunction with motion detection to save storage and bandwidth especially for cameras that are used indoors. For example, monitoring the kitchen during workdays, after school, to ensure the kids stay out of the kitchen dangers until one of the parents gets home. 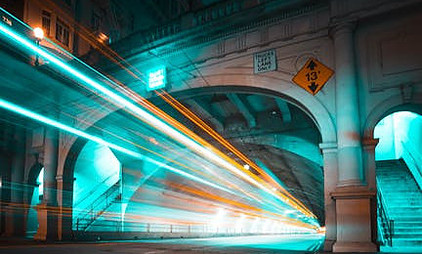 New WiFi surveillance now days come equipped with motion detection. It will be easier to get a home surveillance camera with motion detection, than to get one without. It is a feature that can be used if needed, therefore it is worth having it, especially since the WiFi security cameras are easily moved from one location to another one. When a camera is moved to a new location, one should keep in mind that indoor cameras will not last long outdoors due to weather conditions. On the other hand, outdoor cameras can be used indoors without issues.

Please leave your comments and feedback below.